Hi - I’m trying to create a simple table/graph that shows issues in a version and issues ‘affecting’ the version. so say i release version 3.0 and it contains 5 issues (stories). We get 2 bugs reported and we mark the ‘affected version’ field as 3.0 and put them in a 3.1 hotfix version. i want to know that we are fixing 3 things related to only 5 stories…i started with the attached but am having trouble finishing. can someone help? 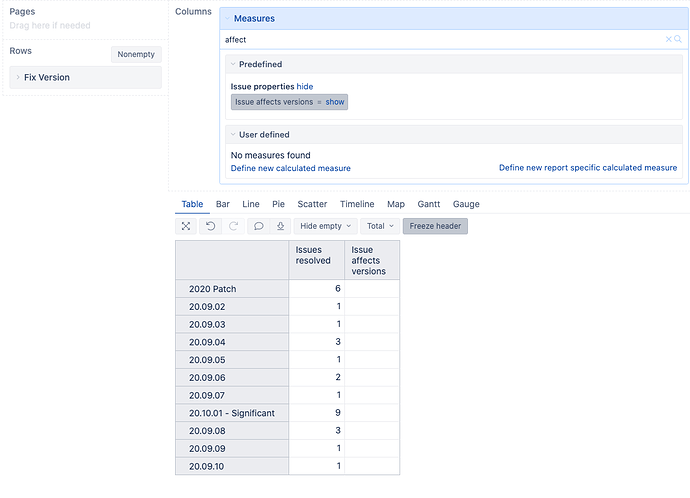 I used a tuple to access the resolved issues of Affects version using the Fix version member.

Here is a training video on tuples. At the minute 18:00 the training covers a similar scenario using an example for a logged time by a user using two user dimensions Logged by and Assignee.