I am trying to create report where I can see who has work assigned and who is looking for epic to work on. For example, I have user A as assignee working on epic till end of April. I have another user B who is developer on same epic has same epic to work till April but also has another epic starting right after so doesn’t need work until May. How do I show this without showing epics that they are working on. Want to see timeline of these users in the team with target start/end dates by epic whether they have something assigned or not.

The following formula counts the number of issues per assignee if the issue start/end dates match the period of time dimension:

Such a formula can be used in a report like this: 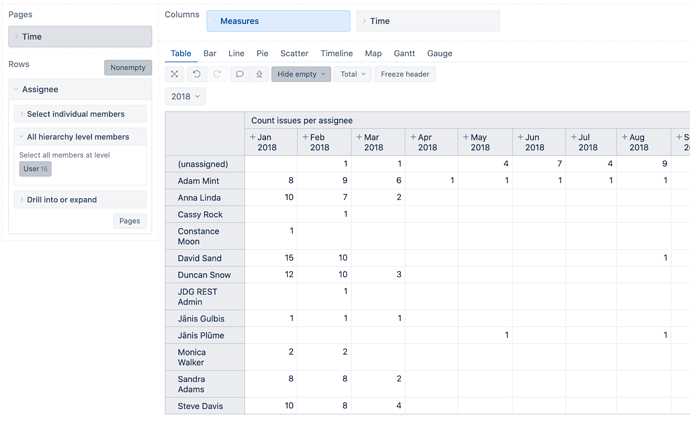