I am trying to put together a report that will show percentage of parent issues (ie not including sub-tasks) that were in the sprint when it was started (ie not added at a later date) and that were completed by the end of the sprint. So, if I had tickets FOO-1, FOO-2, and FOO-3 in a sprint at the time it was started, but only FOO-1 and FOO-2 were moved to “Done” by the end of the sprint, the calculated measure would display “66%”.

Try defining a new calculated measure that iterates through all committed parent issues and sum the number of the completed ones. See the formula below:

The report then could look similar to the one below: 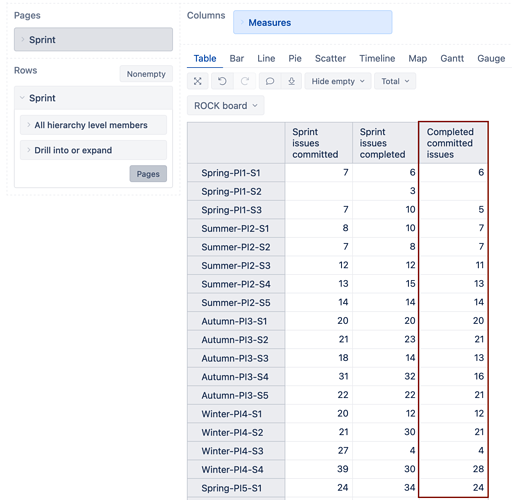 Calculated measure is timing out