Generating the report by status

I hope everyone are doing well !!

As of now I’ve generated the report but i can see the statuses are separated in report. For your reference I’ve attached the screenshot of the report that i have generated earlier. I’ve gone through eazy BI documentation but I was not able to understand the expressions, MDX function and Aggregates.
Please provide the steps or solution ASAP because it is an urgent requirement 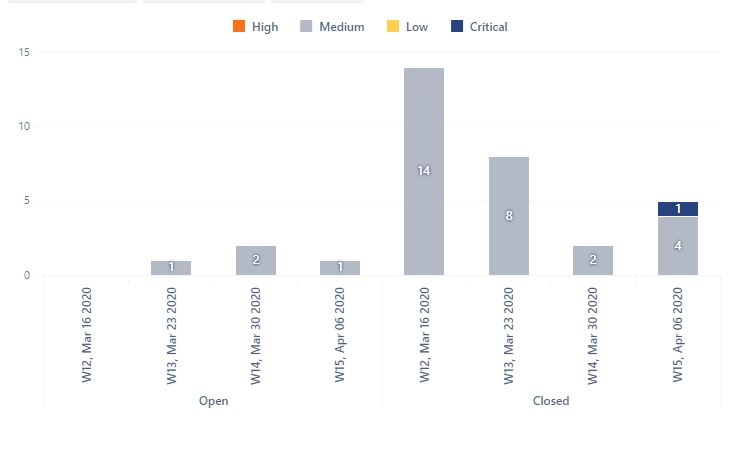 When building a report to see changes over time, you might want to set Time as the only dimension on rows. Then set measures of choice and dimensions on columns.

To get issue count by open and closed status in separate columns and then stacked by priority, you might order columns as shown in the picture below. 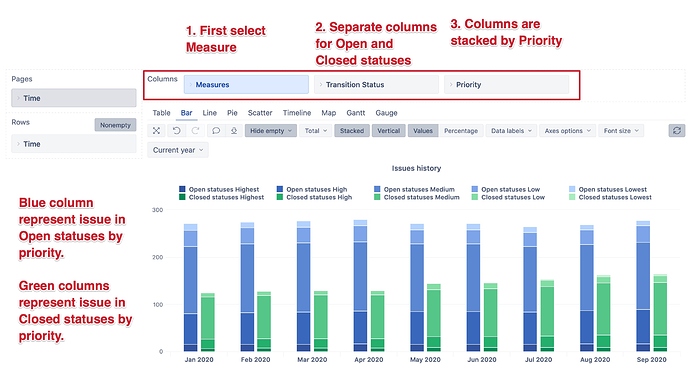 For an example on how to aggregate Open and Closed statuses, check out this Community post: