Hi,
I’d like to import a customfield called “Team” which is defined as a "Select List (cascading) in Jira.
It has 2 levels: Team and Sub-team

I am using the following settings in " Advanced settings":

When showing a report it is displaying the first column as integers (“6”), the second is shown as string value (“AC”).

What’s the reason the first level is not shown as string? 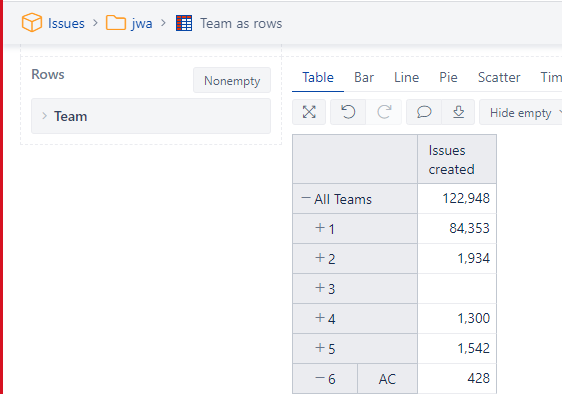