Issues assigned but no hours spent

We would like to create a report where the only records that would appear on it would be Issues from a particular Project that were assigned to particular team members, but they did not enter any Hours Spent. We are trying to find issues where team members should have logged hours but did not.

I tried creating a calculated member that would yield this info, but was unsuccessful. Your help would be appreciated.

You could then create the following report 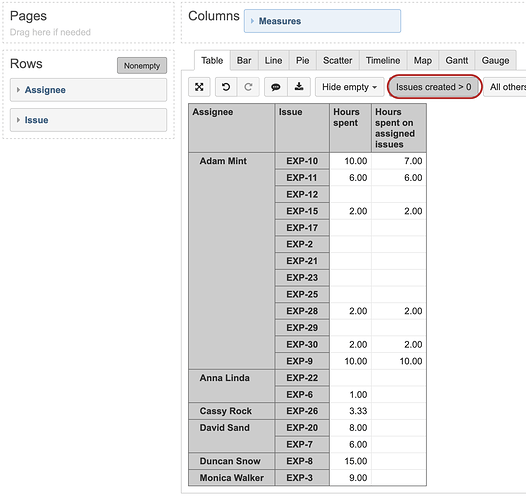 Note that I have added Issues created filter greater than zero to display all issues of the assignee also getting the ones where nobody has logged any hours. Probably your report will need some further filters to not get too large as these are all issues with assignees.

Need to use Assignee and Logged by in the same report