XRay Test repository: amount of created tests vs. tests with an execution

To understand how we’ve been managing our test case repository and how well our test strategy has been implemented, I would like to present a set of KPIs, of which the following high level KPI (managed through XRay, within Jira):
(background: for test case scheduling, we have assigned a priority to the individual tests - though we’re working on some clean-up of this priority as we’re facing a mixed use of priority fields)

Scope:
a) Present the amount of available test cases within the repository, mapped against their priority
b) Once this mapping is in place, present a split between the tests which have at least executed once and the ones which have never been executed.

However, when creating this table I get some numbers which doesn’t match up - to explain the problem I’ve added both fields “XRay tests executed” and “XRay tests with execution” 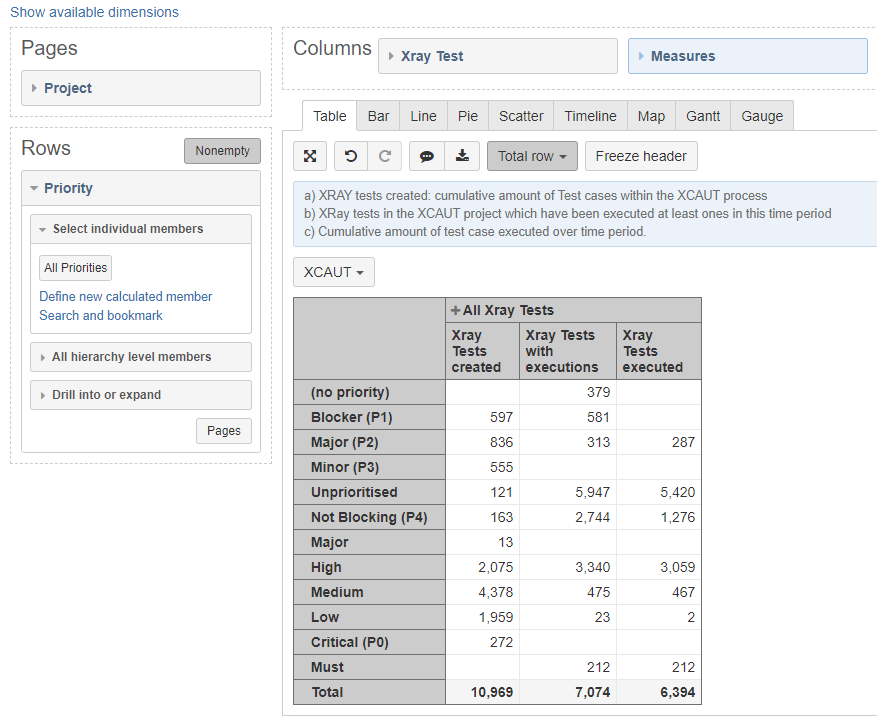 Any clue what I’m overlooking here, and any guidance whether my attempt is the best way forward to present such a KPI?

There is a specific behavior of the Xray Tests with executions if used with the Priority dimension in eazyBI. Each test is counted for each priority of the Test executions. The result is that test is counted the number of times of the execution when Priority (and other Jira standard dimensions) is used.

I added this issue to our backlog for evaluation if any fix might be needed.

The workaround for your use case is to create a custom calculation with the following formula:

Thank you for pointing to this. That seems to be not a common use case as it is not noticed earlier.

To identify testcases mapped to testexecution based on Test label