How to filter version by name using wild cards

Hi, I am trying create a report to filter out “versions” based on their names as well as their status.

Here is the sample data for ALL releases/version 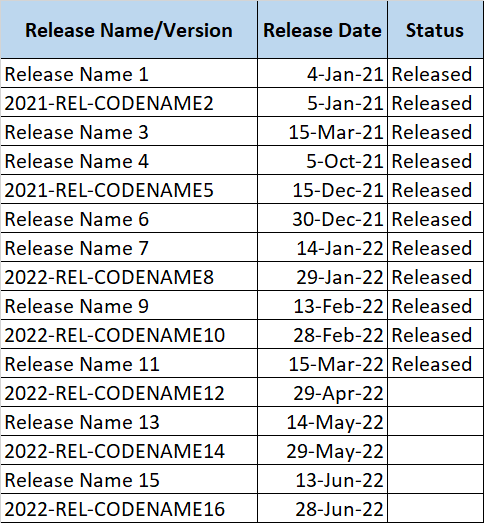 This is the result of the first calculated member 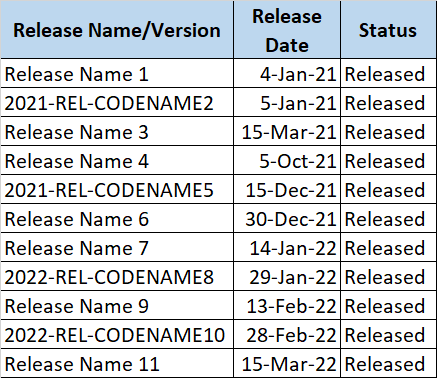 This is the EXPECTED result

I have tried solution in Filter Fix version by specific name and a status, but it did not work.

Thanks for your help 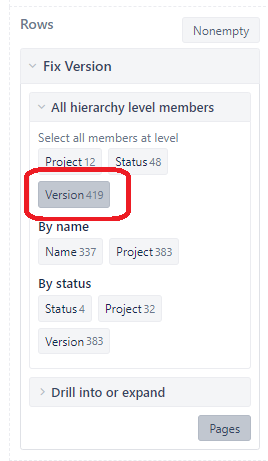 I am happy you found the solution on your own. Although, the first iteration seems more efficient and only lacks some minor details to return the desired result. Try the formula below:

Thank you @roberts.cacus , this works!

Could we get more info on why this solution works? Is there documentation on the proper syntax when using wildcards?